Welcome to Balmorie Estate, owned and run by the MacLaren brothers, ex-US soldiers turned Innkeepers. To keep their ancestral legacy going, they've moved to Scotland. They're farming the land, restoring and renting out cottages, and converting the west wing of the five hundred year old Balmorie Castle into a guest house. The last thing on their mind is love. But tell that to their first three visitors... 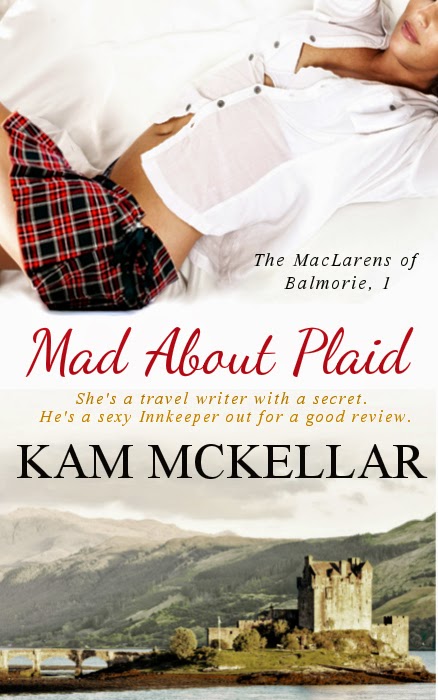 Lucy isn’t really a travel writer, but she’s taking her cousin Riley’s place and going to Balmorie Estate anyway. Why she gets talked into these things, she doesn’t know. But what she does know is that Ian MacLaren is one smoking hot Innkeeper. Her plan to take notes and record all of Balmorie’s amenities so her cousin can then write a review becomes more and more difficult to do when she has her very own Scottish hunk as her tour guide.

Ian MacLaren needs a glowing review in America’s largest travel magazine to jumpstart the guest house business. He and his brothers have poured their hearts, souls, and every last penny into the estate. And when he finds out the cute travel writer isn’t who she claims to be, he declares war--and revenge is more than sweet...

READ AN EXCERPT OF MAD ABOUT PLAID! 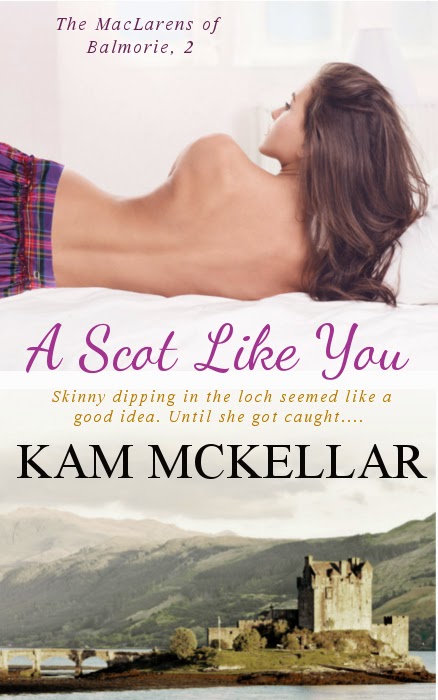 With Balmorie Guest House up and running, Devin MacLaren can finally focus on restoring the holiday cottages on the estate. Recently returned from war, all he wants is the peace and quiet only the Highlands can give him. But when Kate arrives, that peace goes right out the window. As much as he’d like to avoid the sexy troublemaker, he needs her animal expertise to help his retired military dog, Hildie.

Despite their failed first (and second) meeting, Kate can’t help but be attracted to the solitary Scot; there’s so much heat lurking behind those solemn eyes that she can’t seem to stay away. There’s more to Devin MacLaren than meets the eye. And while Hildie might need her help, it’s Devin who needs her heart. 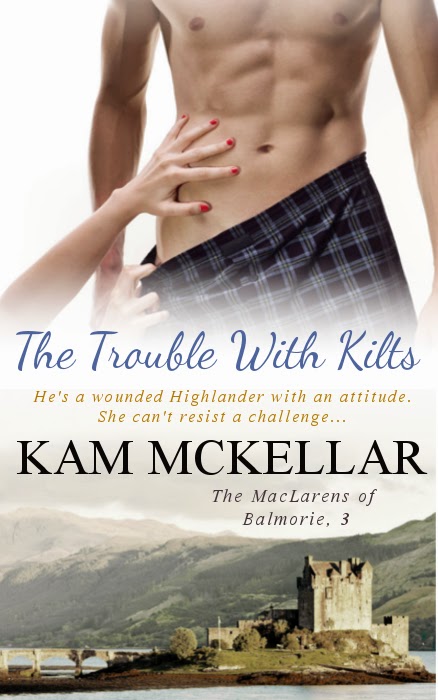 Riley Brooks’ life is in a tailspin. With divorce papers shoved into her suitcase, she takes off for Balmorie Estate to see her cousin Lucy wed Ian MacLaren. Love is in the air, but she wants none of it.

Neither does Jamie MacLaren. The Scottish farmer is pissed off and bitter, and wants to be left alone. But when Riley’s ex-husband shows up at the castle to reopen old wounds, misery loves company, and Riley and Jamie join forces with a little Scottish whisky to ease their hurts, and maybe open their hearts…. 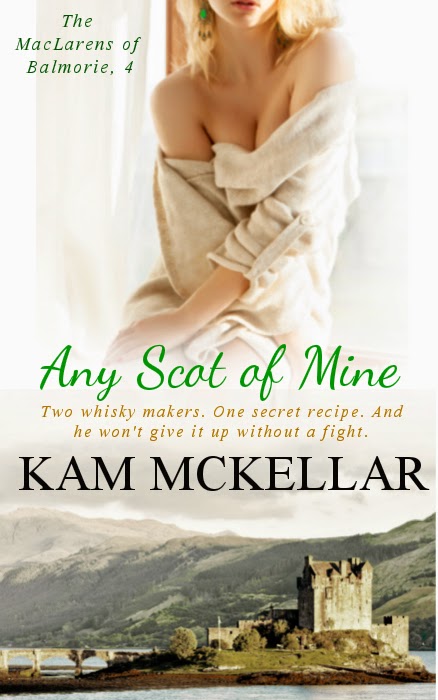 It’s been twelve years since Ross MacLaren saw Harper Dean. Now, she’s arrived from Kentucky to take back what she claims is rightfully hers—her father’s lost whisky-making recipes. Ross has no intention of giving the woman who broke his teenage heart anything at all. But Harper has other ideas and getting around a six-foot-three Scottish wall of outright refusal is nothing to a country girl. She’s not giving up, even if that means a little criminal activity is in order... 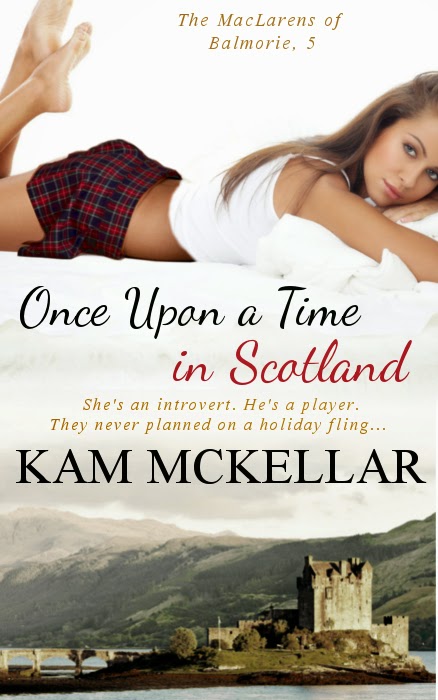 Join Kam's NEWSLETTER and get an email when the next sexy contemporary romance is available! Plus, you'll receive exclusive sneak peeks and subscriber only contests!

Kam McKellar writes fun, sexy, romantic novellas. She has a thing for sweets, accents, kilts, and men in uniform. She hopes to one day inherit her very own castle from a previously unbeknownst to her, relative. Nothing wrong with dreaming big! :D